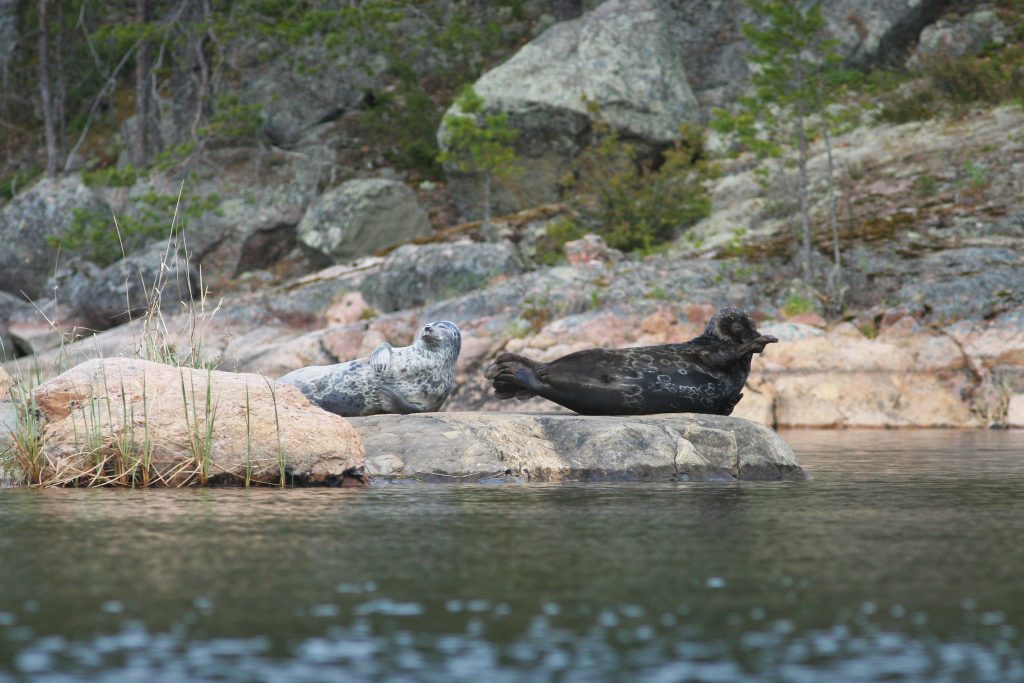 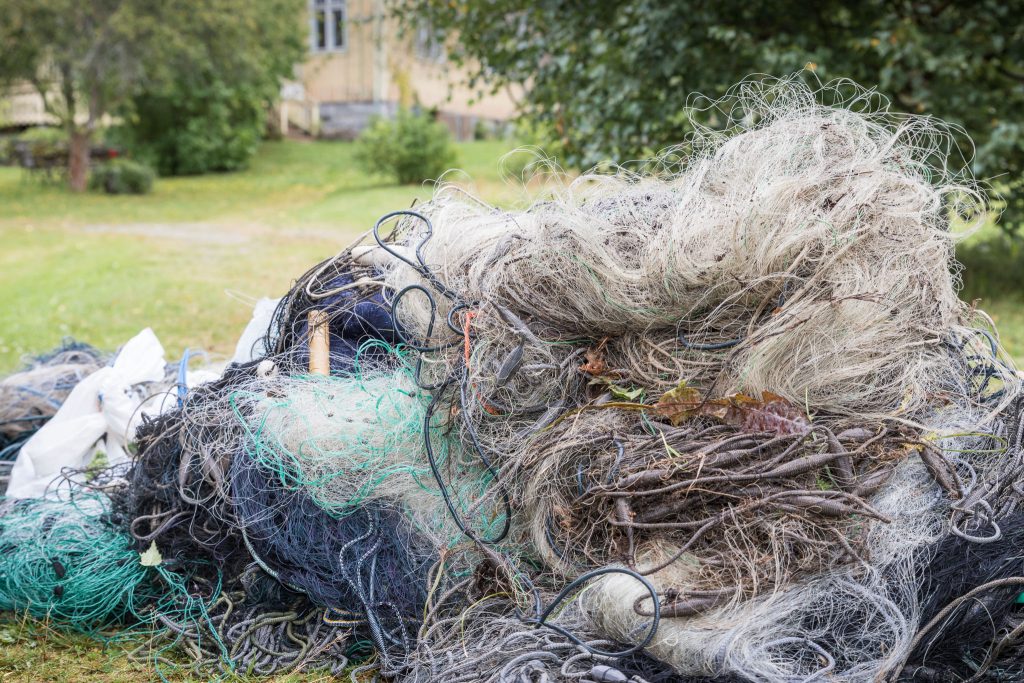 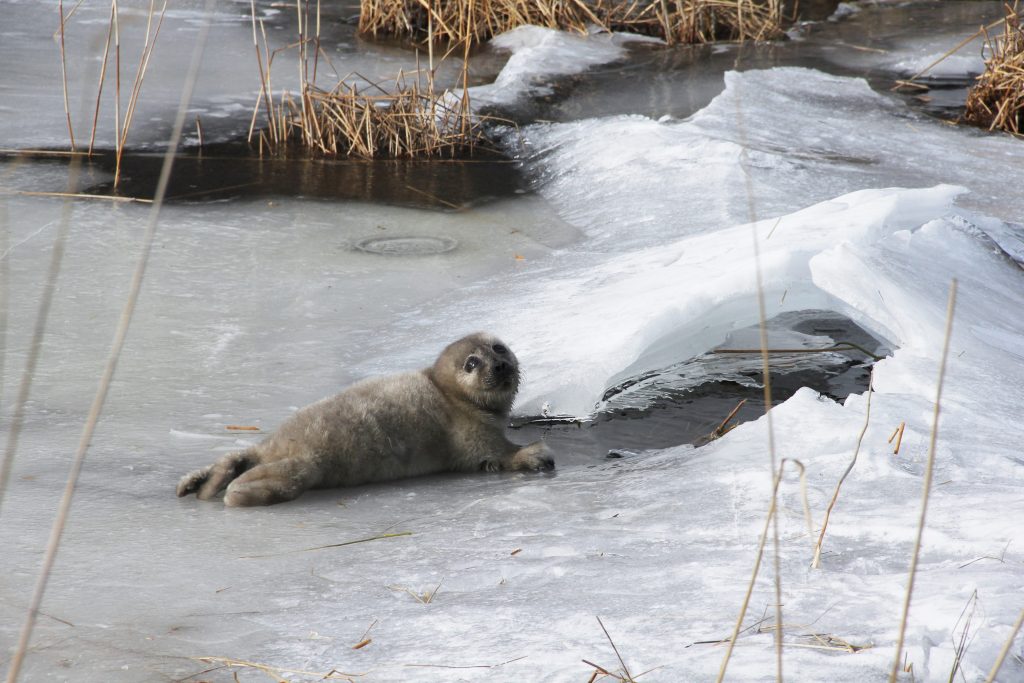 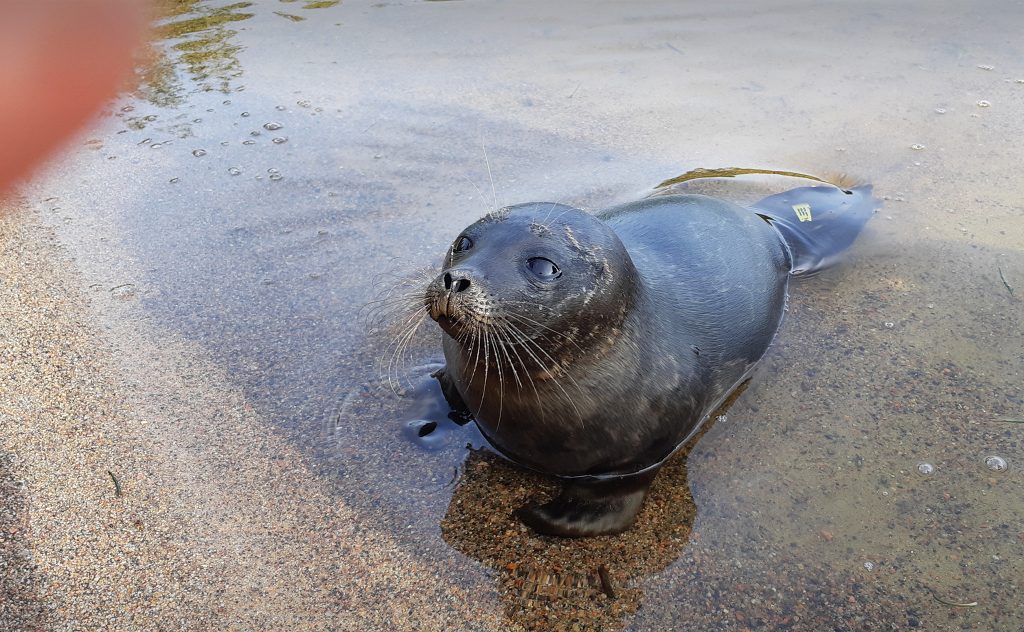 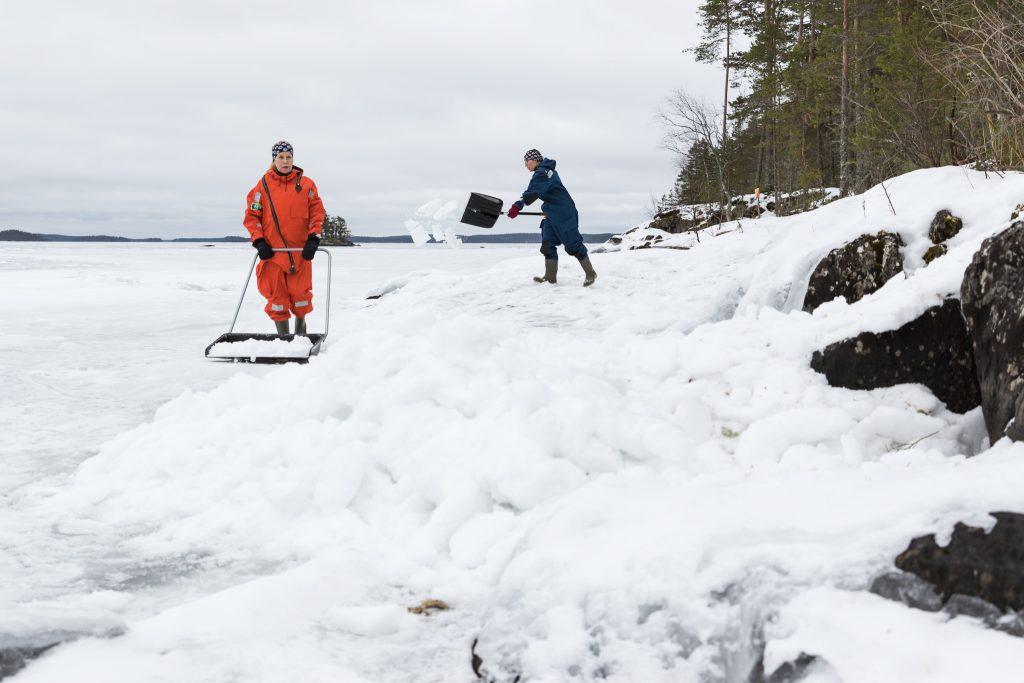 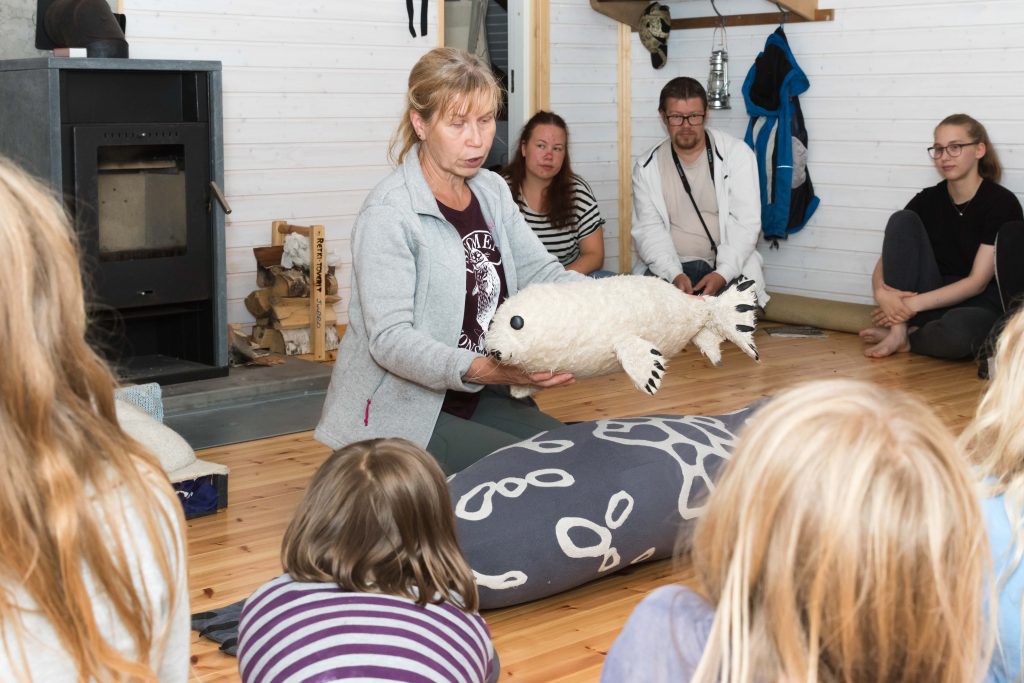 The use of a fish trap with a loose opening (funnel width 15 centimetres or more, either by design or when spread out) is a threat to the Saimaa ringed seal pups. Seal pups can follow the fish into the trap and be suffocated to death. Hence, fish traps with loose or wide openings are prohibited on the main Saimaa ringed seal breeding territories. Nevertheless, a record-breaking amount of the fish traps inspected in 2020 by fishing inspectors were in violation of the guidelines.

By adding a special stopper into to the opening, an illegal fish trap can be made legal and safe for the ringed seal. The stopper, as suggested by its name, prevents the opening of the trap from widening too much. The stopper can be bent out of 6 millimeter thick rebar. The regional offices of the FANC South Savo in Savonlinna and FANC South Karelia in Lappeenranta also distribute stoppers free of charge.

You can also build a seal-safe fish trap yourself from scratch. For a beginner, it takes around two hours to build the trap. After purchasing the necessary tools, the material costs of one trap are around 25 euros.

Download the instructions for building a seal-safe ”Saimaa” fish trap. 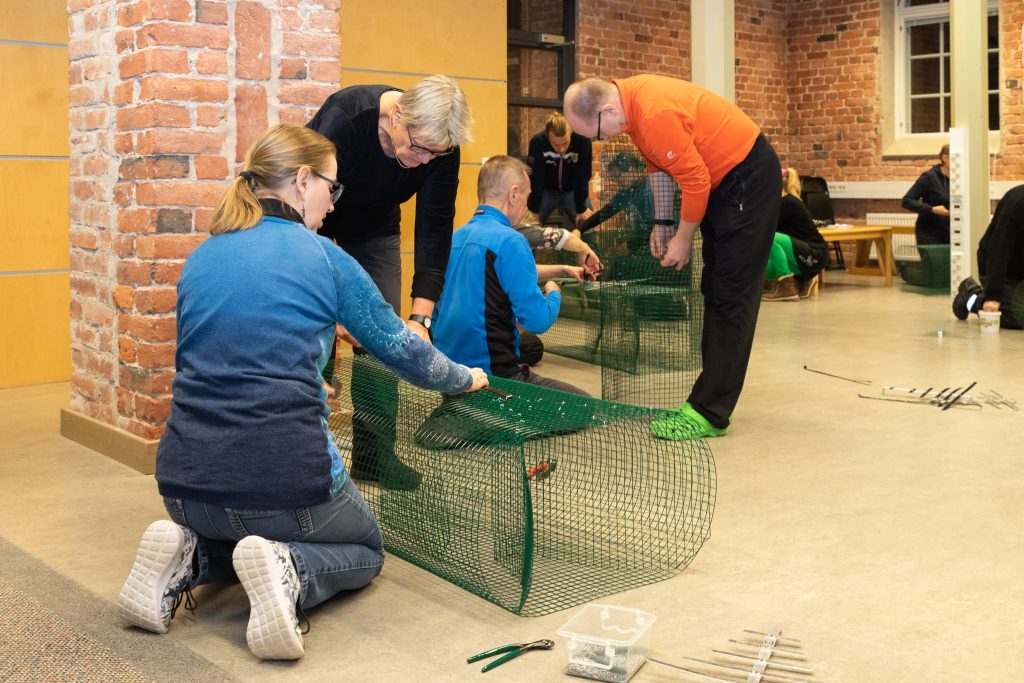 We also organize fish trap workshops, mainly in the South Karelia and South Savo regions, in which we teach the participants how to build a Saimaa fish trap themselves. In addition to the public workshops, we also organize workshops for various groups such as water area owners, school groups, hobby groups and other organizations.

Material about the Saimaa ringed seals